We found out that when we were gone last week, Papi chew up the canvas underneath the couch, no wonder our neighbor Diane said when she came in from the front door, she couldn't find Papi. I bet it is anxiety, we were gone for 4 days and he probably was scared, Diane came in twice a day to feed and play with him, 45 minutes each time, that probably still not enough for our spoiled little baby. Sigh....
So now when we go out at night, we have to put him back to the laundry room until we re-train him not to bite anything again. 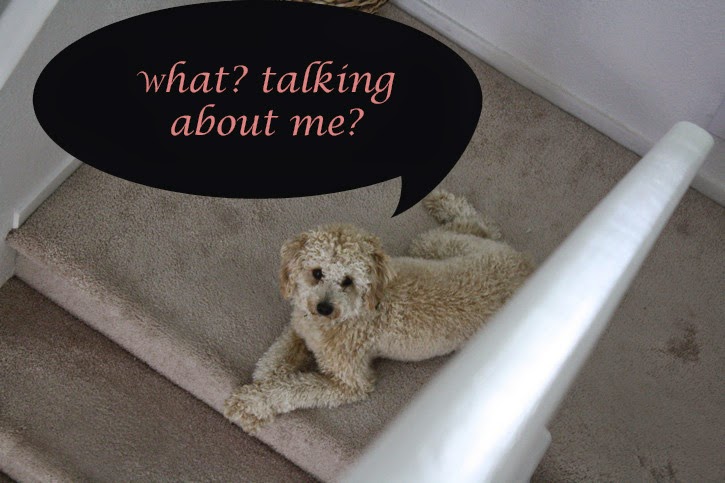 but.... this little *s... (that's what my husband called him when he did something bad, LOL) managed to escaped..... so then I want to see how he did it, I drive my car out of the garage, park on the street and sit in the car to watch my Papi cam from my phone, well, he didn't make any move, so I close the garage door like we always did when we go out, as soon as he hear the sound of the garage door closing, he starts trying his best to escape, LOL! boy oh boy, you think dogs are smart? 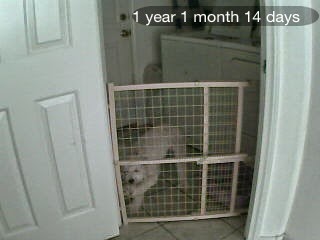 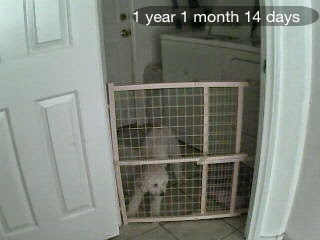 My friend Chloe and I attended a class at Sephora, it was really fun! 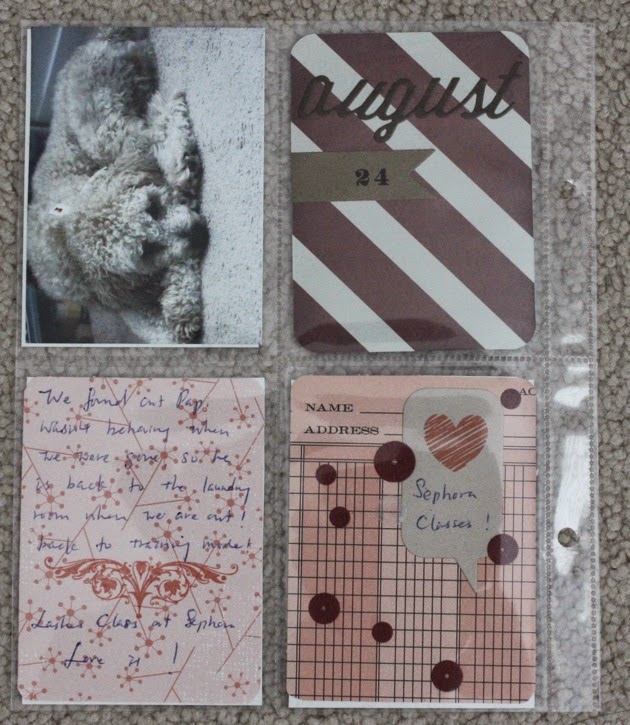 
Papi never bark for the first 10 months of his life, we thought we were lucky to have a really good dog because I hated when the neighbor's dog bark, especially when I was in my craft room. The past 2 months, Papi finally "found" his voice, he started to bark when someone is close to our front door, I don't really mind that, because it is nice that he would bark when strangers is close, especially night time and when I am home alone when DH travels for work. But he also bark when the neighbor's dog barks. Sigh..... my neighbor has 4 dogs, and they are rarely home, their dogs bark at anything and everything, they bark when the cleaner, gardener, poop picker and pool maintainer go to their house, and now Papi would bark along with them, DH works from home and sometimes it is not nice when he is having conference calls, so school is back in session, I have to train him not to bark unnecessarily. 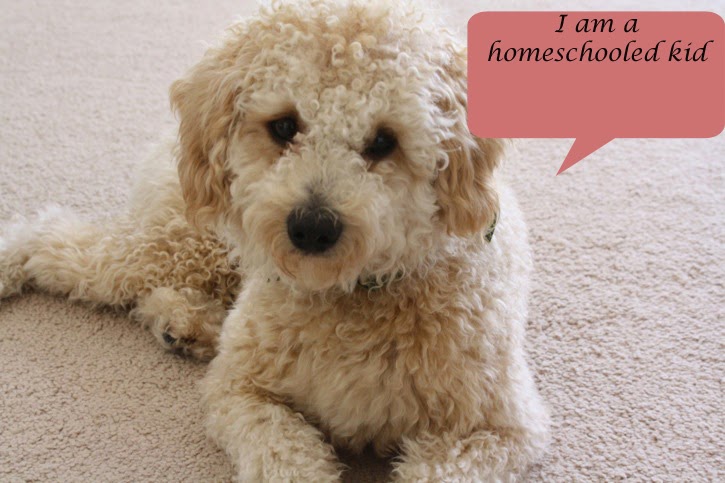 Today is day 2 of training, Papi is really making some progress, 4-5 times today, he is able to stay calm and not barking when the neighbor's dog bark, well done Papi! 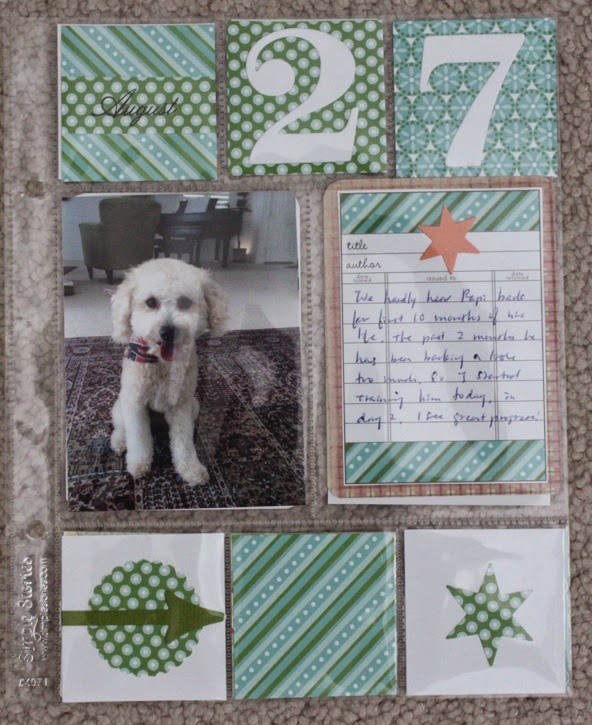 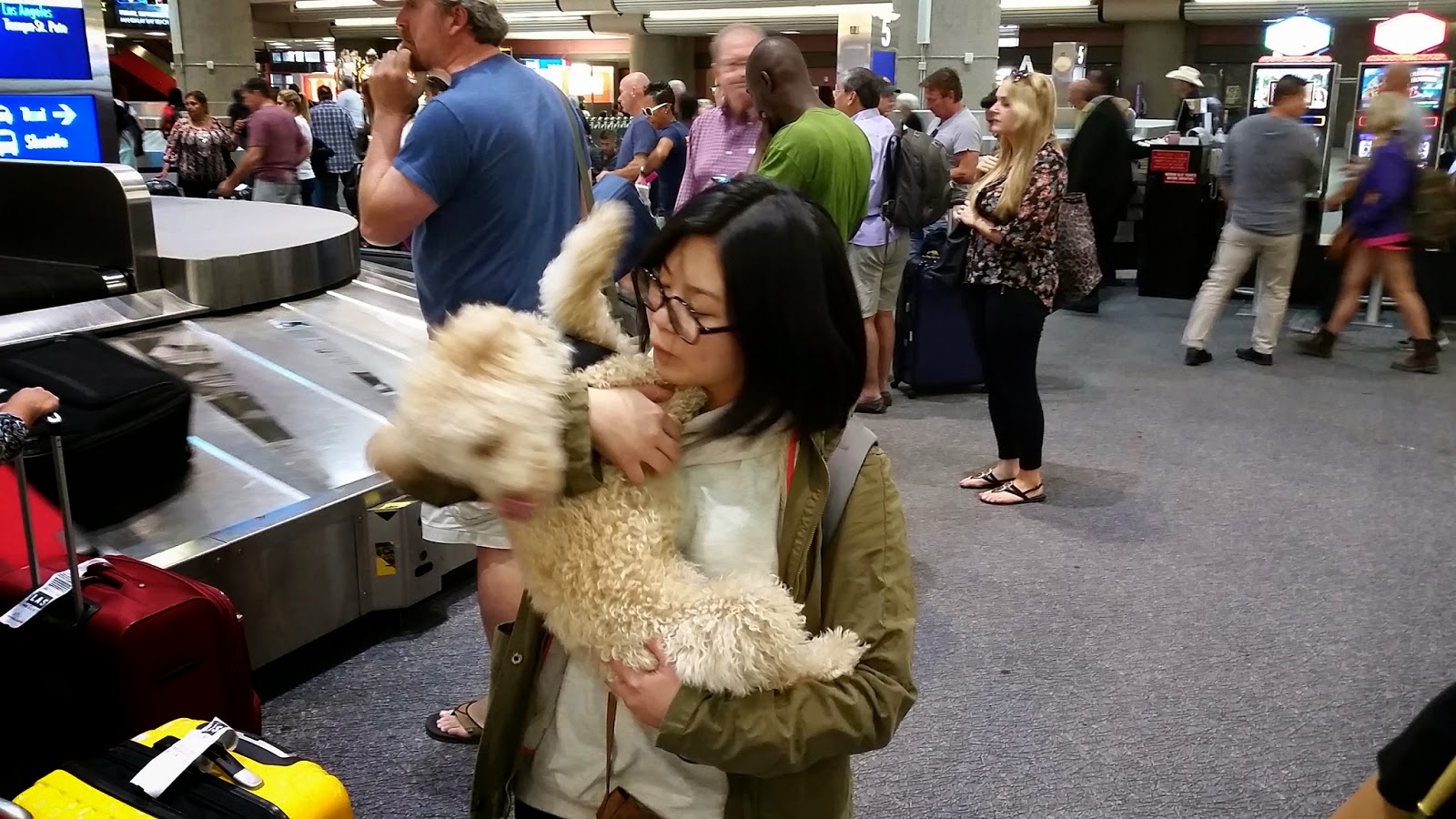 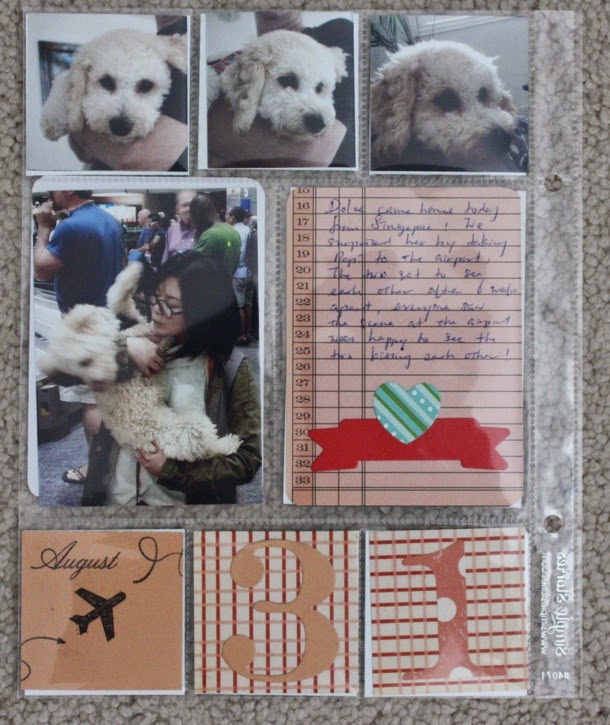 Lovely photos Kirsty!! Poor Papi ... I'm not surprised he doesn't like being left home alone ... But you are good at training him so I'm sure all will be well. Have a good weekend!

your dog is so sweet!°!
elma

Hello Kirsty!!
So nice to be back here again and see your PL and PAPI!!! WOW, he is so smart, how cool that you could see him from the watch camera. Oh no about the barking, Lucky did that too. I was so happy he never barked because of the neighbors dog barking, lol. He barks when anyone comes over, even my family and the little ones I watch. I can't stand that since he knows them so well. How are you training him to be quiet?

Great pages and stories of Papi, so fun that he always gives you a story to tell. Even if some aren't the best ones, lol.

My computer was down again, it's all on my post. I hope you've been well and enjoying any fall that you have showing up. We've had great temps here and leaves are just changing. Happy weekend.

And PS .. you asked about the tiaras on my little 'princess' jars ... I found them at the dollar store ... they were little hair combs -- I cut off the comb part (my scissors went right thru the plastic) -- they were where they sell the "party favors" for kids parties at the Dollar Tree store :) They was 8 in the package :)

Awww...this so Awesome Papi look so adorable in the pictures, so glad Dolce is home :)

Lovely photos, Kirsty. I truly love the one of the Dolce playing with Papi. Very nice series of pictures and layouts. Beautiful!

What fabulous photos/stories about Papi to add to his album. Love the photo of Dolce and Papi the best!

What fabulous photos/stories about Papi to add to his album. Love the photo of Dolce and Papi the best!

Your pages are awesome, Kirsty, and I love your stories, too! Poor little Papi.... he must learn to behave again! But seriously, he is waaaay too cute to get upset with!!

Awww... darling photos of the sweet Papi! And, a very special one with your daughter and Papi!:-)

Your poor puppy, all grown up but lonely! Kirsty get him some soft toys and maybe one that talks with your voice recorded. I know they have balls for dogs and cats, because I have one for my kitties. They still roll it to hear my voice even though I am hardly ever gone except to shop.

LOL...the joys of having pets! Love your dog tales and love your PL on Papi! Very cute! ;-)

lovely post and photos
everytime fun to read about Papi! :-)