It's been a week since I last posted, this is probably the longest gap I have in between posts, LOL! With OBW came to an end, City Crafter Challenge Blog is my only commitment, and now I am only going to blog when I have the time and mood, that way, I could enjoy blogging again and not feeling like a duty or chores.

A lot going on here at home and something exciting is coming.... 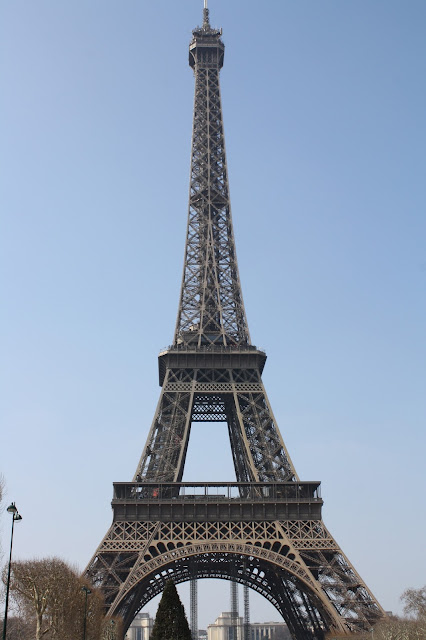 The last two times I was in Paris, it was cold... 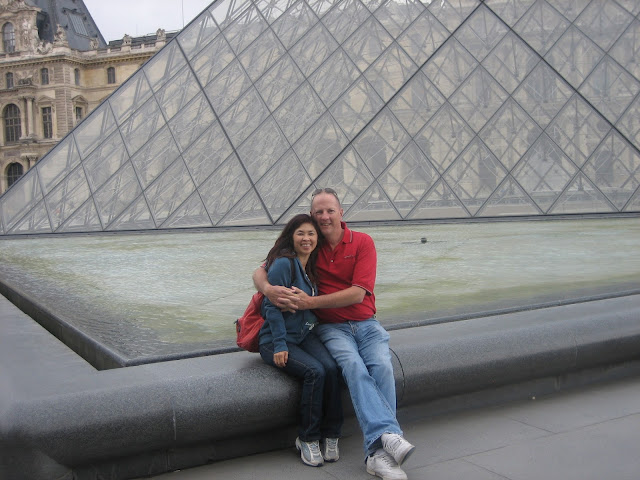 That was in November I think, I lost all my photos from previous Europe trip because my laptop crushed, this one is from DH's cell phone, since then, I learn that I should store my folders in two places instead of one. 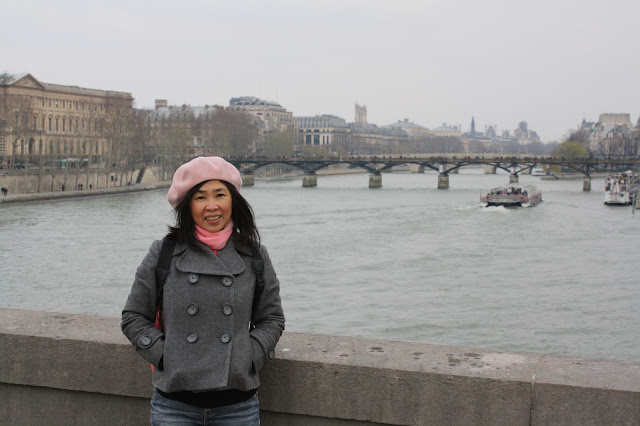 Although we went to Paris early Spring in 2013, but it was still cold first week of April and there's really isn't much bloom.

Clare got into a International Piano competition in Paris, she is going to her semi-final round 3rd week of April. Springtime in Paris!!!! So hopefully, we can see Paris in bloom this time!

The other exciting news is this time my girl friend from Grafing Germany, together with her husband Augustin is going to Paris to give Clare support too, so I am meeting Ann in Paris, YAY!!!!
Ann and I went to the same high school since we were teenagers, we watched each other children grew from infants to adults, she has been a big fan of Clare, till today, her son Ambros still listening to Clare's first CD she recorded when she was just nine years old. Augustin retired about a year ago, they have been traveling non stop since, the last time we went to Grafing, Augustin had a good time chatting with Clare and has been following Clare on instagram, knowing that Clare is going to Paris in the Spring, they made an effort to join us in April!

Now back to crafting topic... 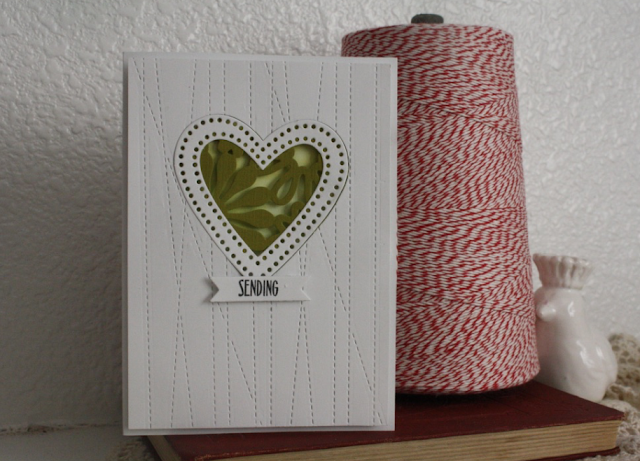 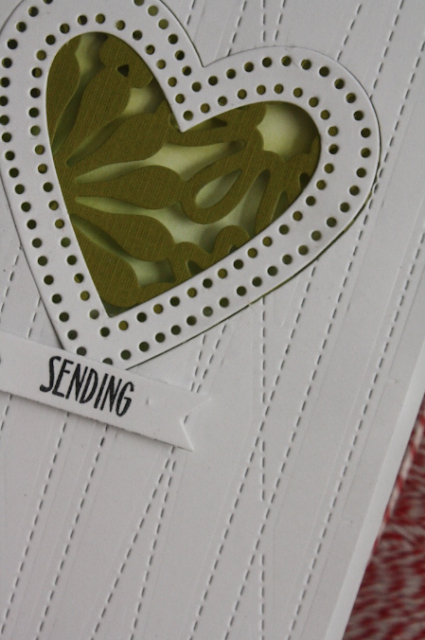 the heart die, sentiment and banner die are all from PTI 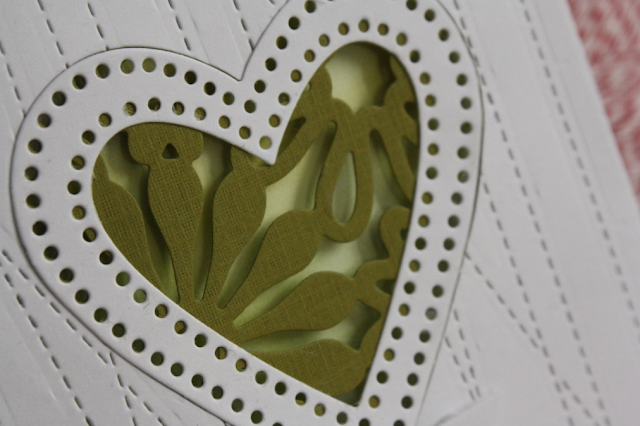 the green floral in the heart is another cover plate die from MFT. 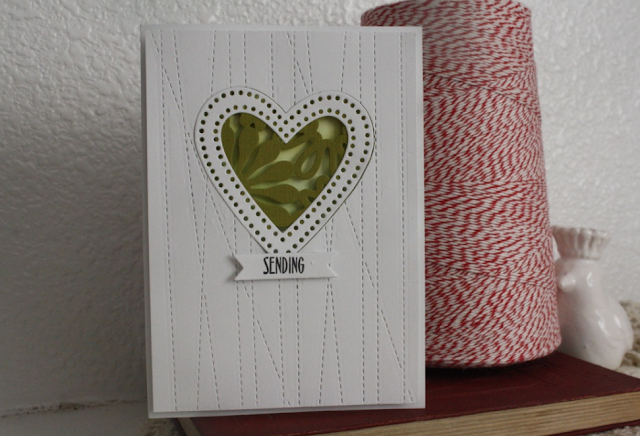 I hope you could join in the fun at... 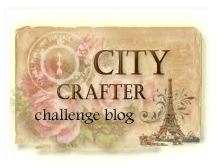 Yeah blogg My should definitely be for fun ... glad you have the opportunity to get the joy back with it!! .. beautiful creations, love the texture xx

Wow what an adventure you are having springtime in Paris how fabulous ! Made even better by Clare performing how exciting and I wish her well. I was blown away by your card and I love that stitched die its fabulous as is the beautiful heart this one really stood out to me. Thank you so much for having me as guest designer at City Crafter this week.

Your card is absolutely gorgeous Kirsty!! And I'm so happy for you ... Going to Paris!!! Please give Clare my best wishes and I'll be thinking of her too. Sending hugs!

I like all the detailing in your sophisticated card design. I've never been to Paris, but it's definitely in my bucket list. Blessings!

Oooh what exciting news. The best part (for me!) is that we might get a glimpse of Paris in your pictures. Yay, Clare and good luck!

Your card is adorable. I like the layers and how cleverly the card was put together.

Congrats to your daughter! A trip to Paris sounds wonderful! Your card is beautiful, Kirsty! The stitched lines make a great background and the flowers in the heart are perfect!

Wow Kirsty; you will be in Paris!!!!! That's something to look forward to; so exciting!
I LOVE LOVE LOVE your take on this weeks' theme. Fab!

Very creative card, Kirsty--love it! Hurrah for Clare & how exciting your good friends will be there, too! Poor Papi--bet he doesn't get to go, so is Leon coming again to stay with him?! I do my traveling through you & other blogging friends, so look forward to your pictures when you return!

Gorgeous card, love the green and the stitched background...Have a fantastic time in Paris x

What an amazing use of those different dies - fabulous design.

I always like having FB and my blog for photos. I lost many digitial ones before them because of computer deaths

Absolutely beautifully designed, Kirsty, one of all time favorites of yours! Must be all the Paris excitement...so happy you will be in Paris before you know it! Have fun, but you will miss Papi! Happy Tuesday!

Love all the interest on your card with the stitching! And, such a pretty heart! Oh, to go to Paris...how exciting for you! Would love to go again one day! We were there in 2004. Congrats to Clare and how fun to meet up with some friends, too!!

Oh I love all the stitching! Adding the pop of green in there looks great. Hugs to the world traveler!

Enjoy the trip- Paris is so wonderful!
Elma

This card is awesome!!!
Wishing you a great time in Paris!!!
Gabi

A beautiful card Kirsty!! I love the heart. Well first congrats to Clare!! Paris in the springtime, daughter competing and meeting up with friends is going to be fabulous:) What a blessing to look forward to!!

Congrats on the Paris trip. I am sure you will love it.
Great card. Love the stitch lines in the background and the die cut you used behind the heart cut out.

Oh, how fabulous! Paris in the springtime! I am SO happy for you, Kirsty!
And your card is absolutely gorgeous! Love the background, and love that pretty green floral die cut inside the pretty heart die cut! Really awesome layering!

So GLAD you will be having FUN again, both with blogging and in Paris in April! CONGRATS to Clare! You'll have a Fabulous time! LOVE this card, the BG stitching, the heart and the peeks of green!

Lucky girl...I am sure you will have a fabulous time in Paris! ;-)
Loving your pretty card...such a gorgeous design and love the elements! ;-)