December 13
We just got home from San Francisco on Friday, rest for a day and today we are off to another road trip, this time, we are driving to Yosemite National Park, since day light is so short in the winter, we are not going to have a day at Yosemite park so we leave around 2 PM, drive for 7-8 hours and be there for there for the night.

This is the first time I drive such long distance, I used to drive alone to California to see Clare when she was in CalArts, but that was only a 4 hours drive, I did so many times and was familiar with the route, this time is totally new, I am driving an SUV with my sister, Jesse, Mom, Lione and Papi, everyone seems to be having a fine time, they sleeps most of the time so I pretty much feels that I am alone, sigh.....

We stayed at the same hotel in Mariposa, Randy and I went to Yosemite in May, we liked that small hotel and it is also pet-friendly. The last two hours was scary, I was driving around farm land, so there were no lights, my eyes got so dry and at one point, I can't even see and had to parked by the road side to take out my contact lenses. 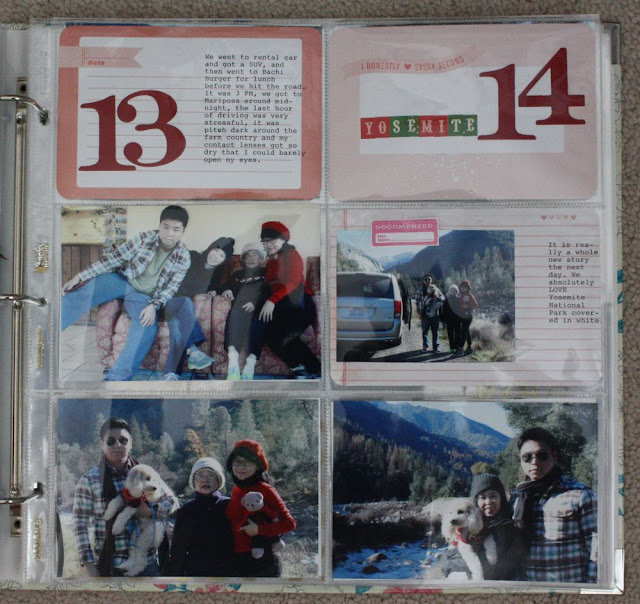 breakfast provided by this small hotel is not great because it is a small family business hotel that run by this old Indian couple, but it was good enough to filled our stomach so we could head out for the day 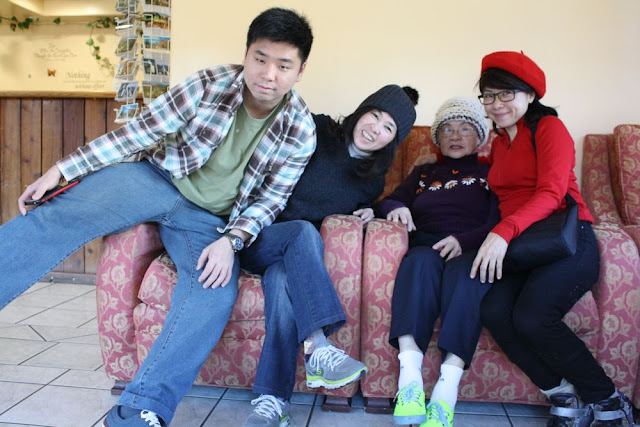 it was a short 30 minutes drive to Yosemite National park, we stopped to take picture as soon as we saw the stream 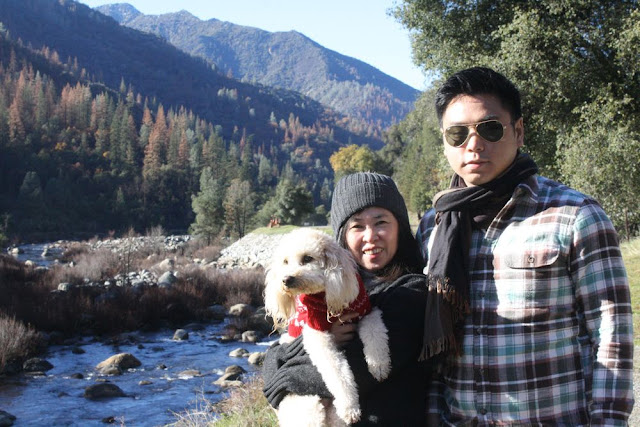 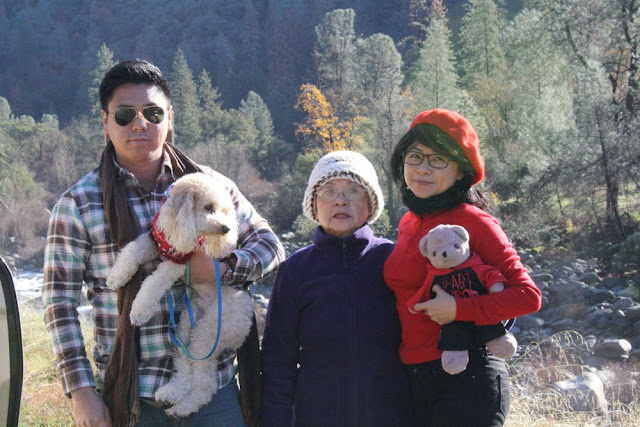 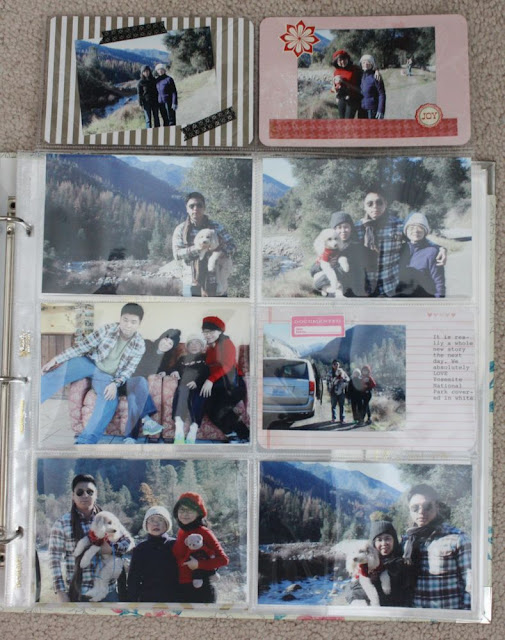 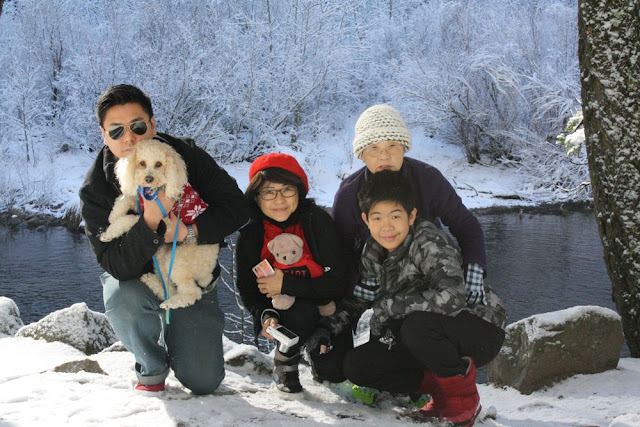 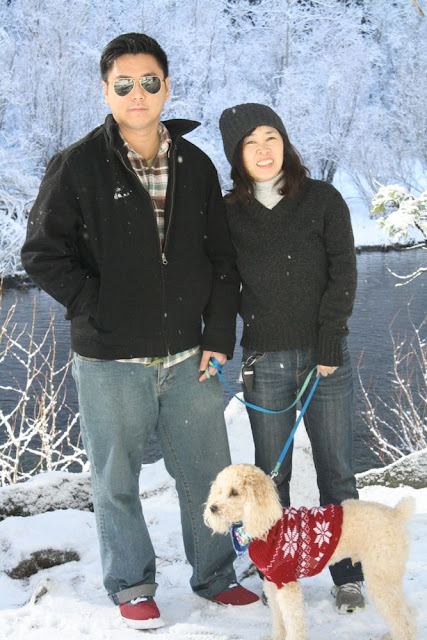 most of the places in the park were close due to the snow, but we are just as happy playing and taking picture with snow.... 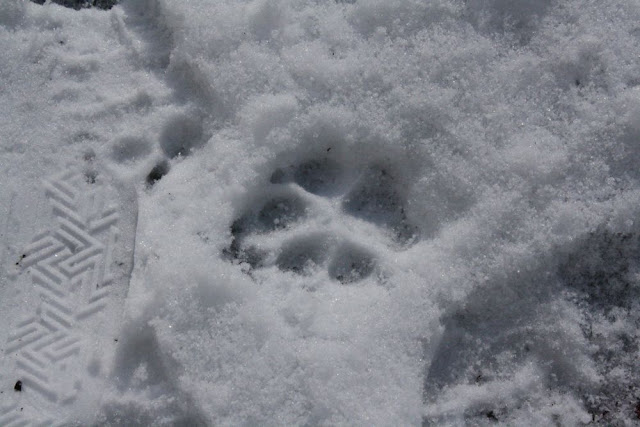 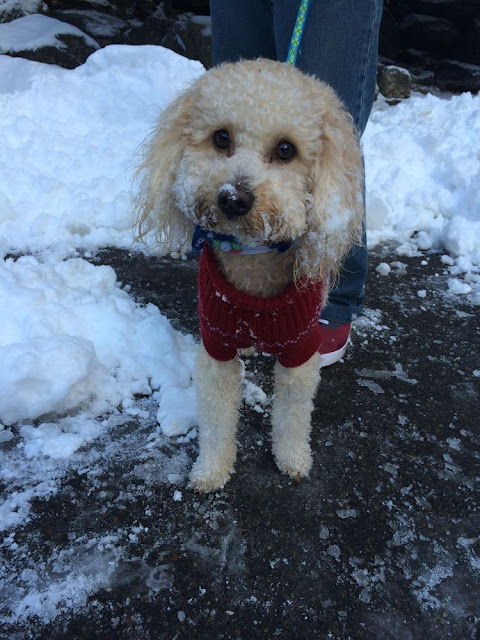 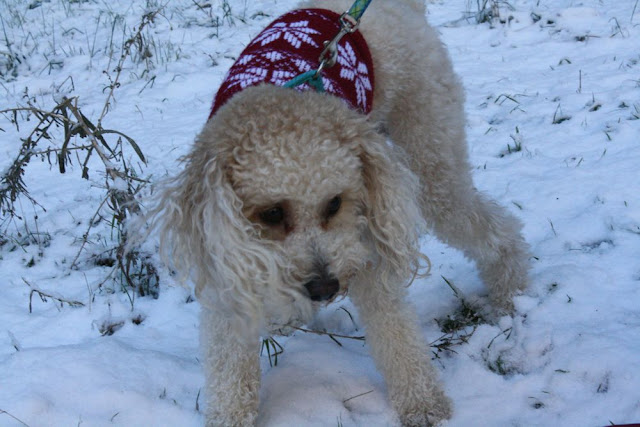 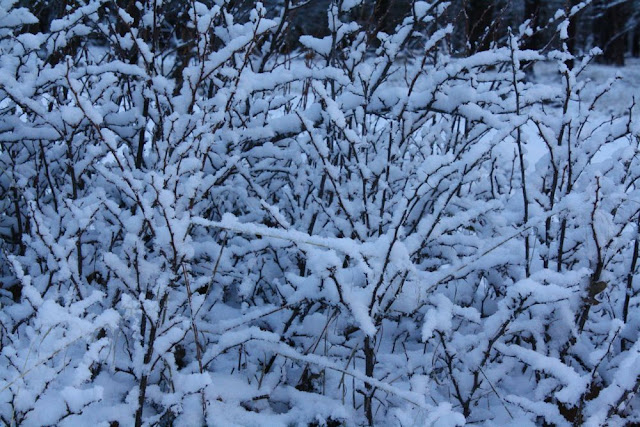 it was hard to drive when the road is icy, and I really do not have experience driving in such weather, the SUV we rented is not a four-wheels drive and we do not have snow chain in the car, so I really have to drive very very slowly, the good thing is, there were so little cars and visitors this time of the year, I don't have to worry about holding up traffic for driving so slow 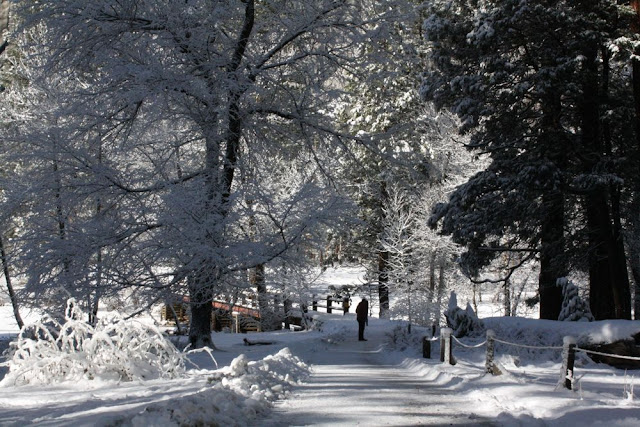 Bridal fall was closed, we don't know why as we saw a few police cars there so we went the village, park our car there and walked to lower Yosemite fall 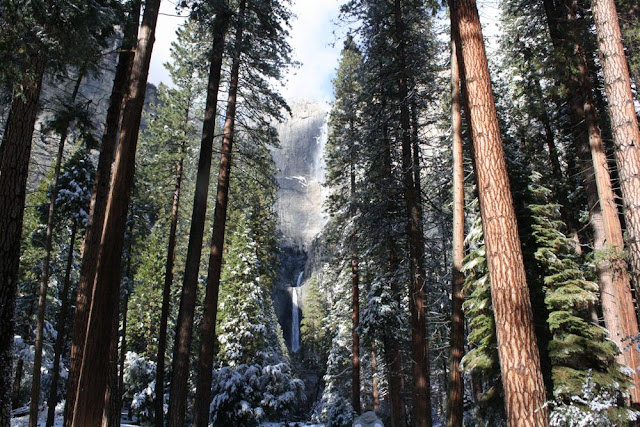 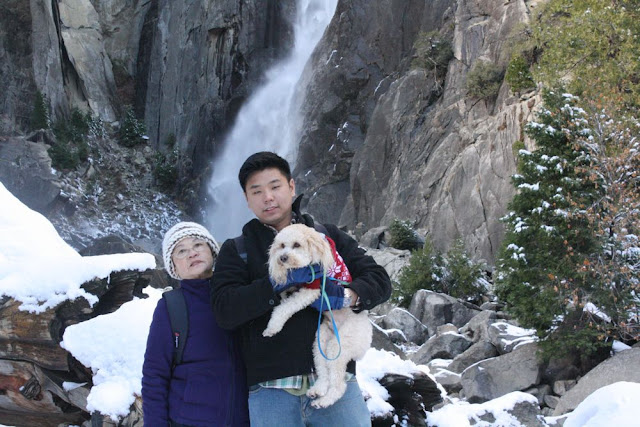 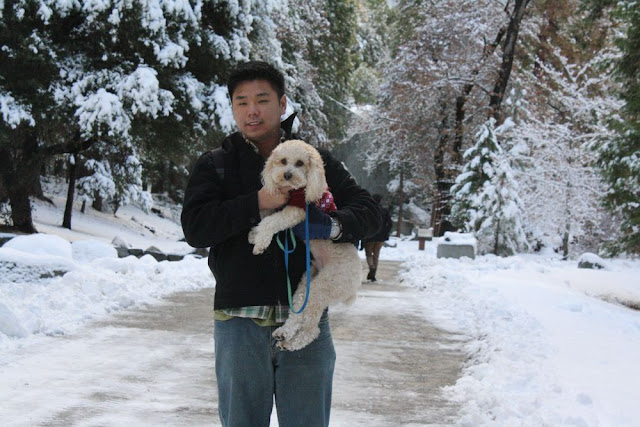 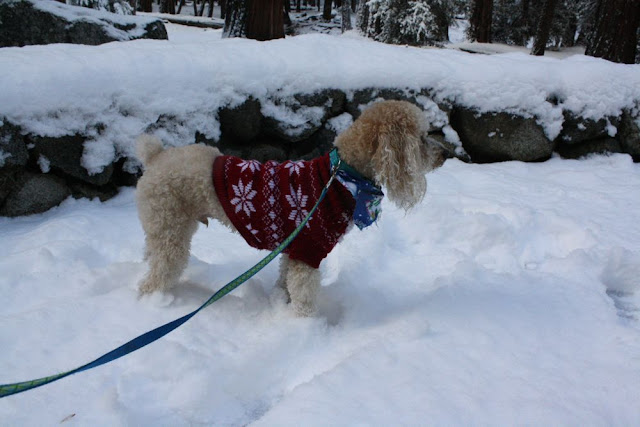 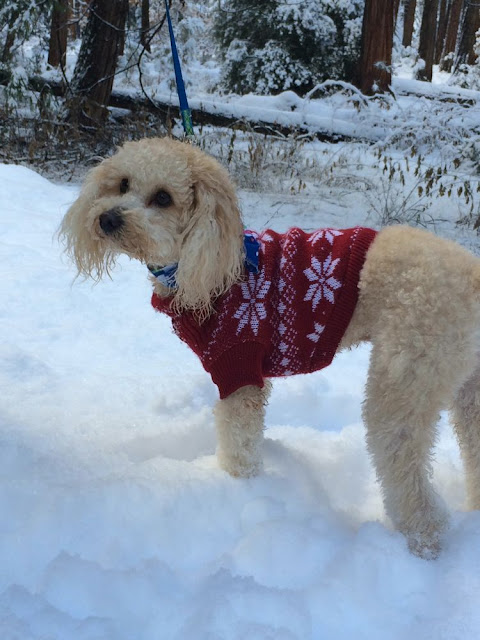 there are wild life everywhere this time of the year, I guess they all came out because there were less visitors.... 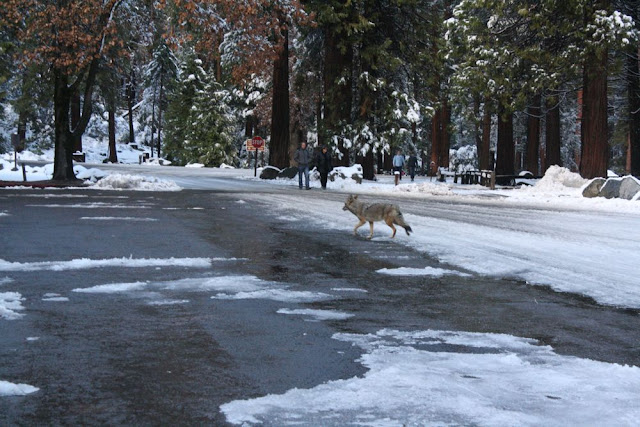 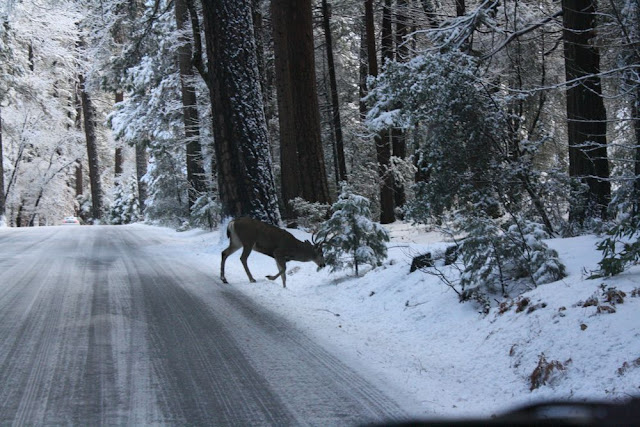 it was a fun day, this boy play so much that he is so tired when we get to the hotel 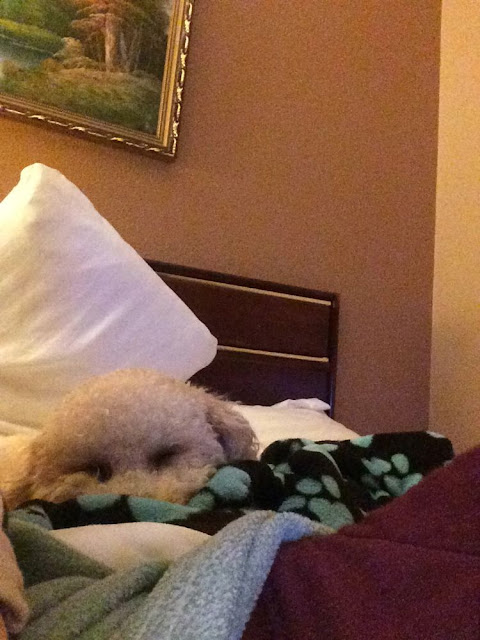 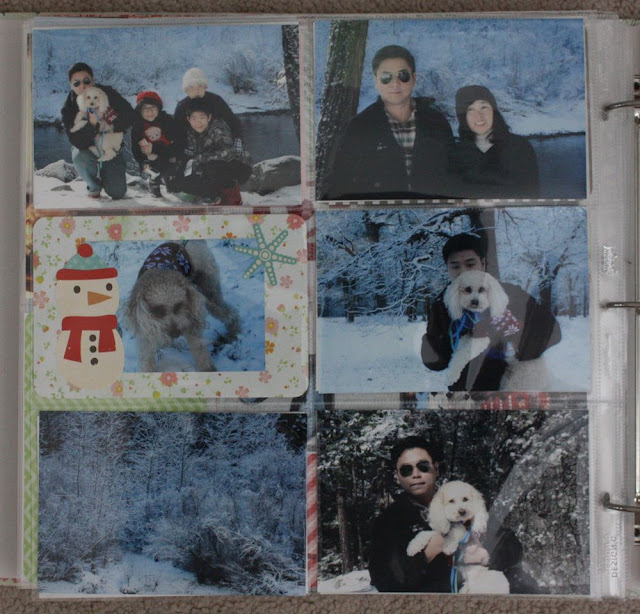 thanks for sharing this wonderful pictures !
Elma

I think most dogs like snow at least for awhile. Something they must have inherited from their wolf ancestors

Adorable pictures! I ,over these picture heavy pages - your enjoyment is clearly evident. Thanks for sharing these memories.

Such a fun but above that lovely post to see and read. Yoseimite Park is looksa like an amazing place!

That drive can be very scary in the dark and icy conditions! You are so brave to take it on. Love all your photos and stories. Last time I was there, it was summer and all the falls were completely dried up. So sad. I'm glad to see that it wasn't permanent. Gorgeous pages, Kirsty! Love that you packed them with photos, and love your Christmas red and pink!

Your dog is such a cutie - give him a hugfrom me!

I've only been to Yosemite once (honeymoon), but you make me want to go in the winter--fabulous pictures & of course I love the ones with Papi!

wonderful pages and photos from your trip! The nature looks wonderful.
I like also your lovely created card set.

and Papi super cute with his red sweater :-))

You photo's are so amazing and your spreads so fun and gorgeous! ;-)