It is the last week of June, I guess I should post my Project Life for May huh?

We finally able to let Papi have the whole house to himself when we are out again, we used to, but since he came back from Brendan's house, we have to monitor him as he bites a few electronic cords while he lived with Brendan when we traveled to Singapore. Now that we stay with him for months after that, we are confidence that he is fixed and no longer bite stuff that he not supposed to.

Papi loves taking his sunbath, he would sit in front of the blinds and get a bit of the sun that came through, I love that look on his face. 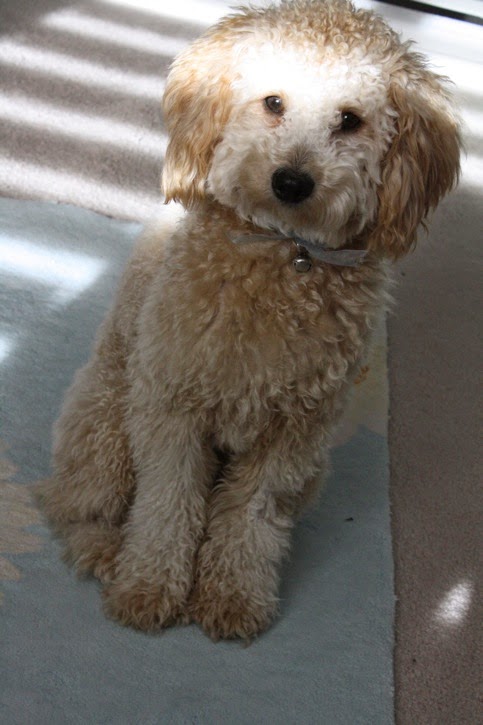 We went to Air Supply concert for the 2nd time, their voice is as good as when they did their recording back in the 80s. 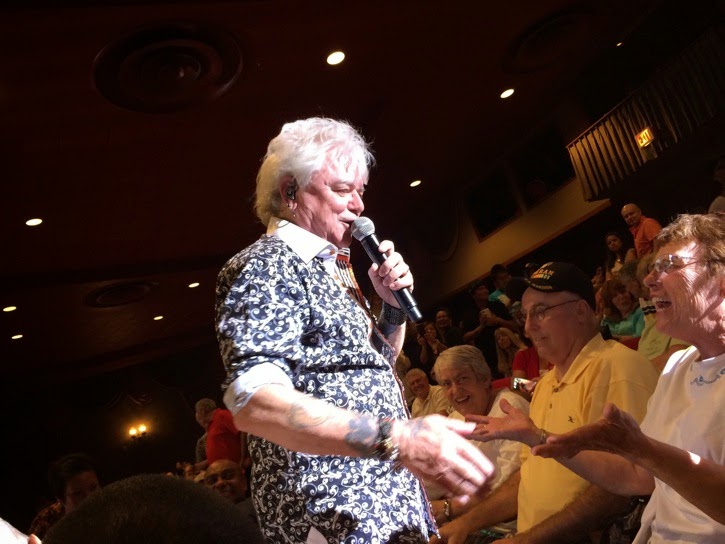 After the concert, we bumped into Russell Hitchcock on the hallway in the casino and he was very friendly and humble. 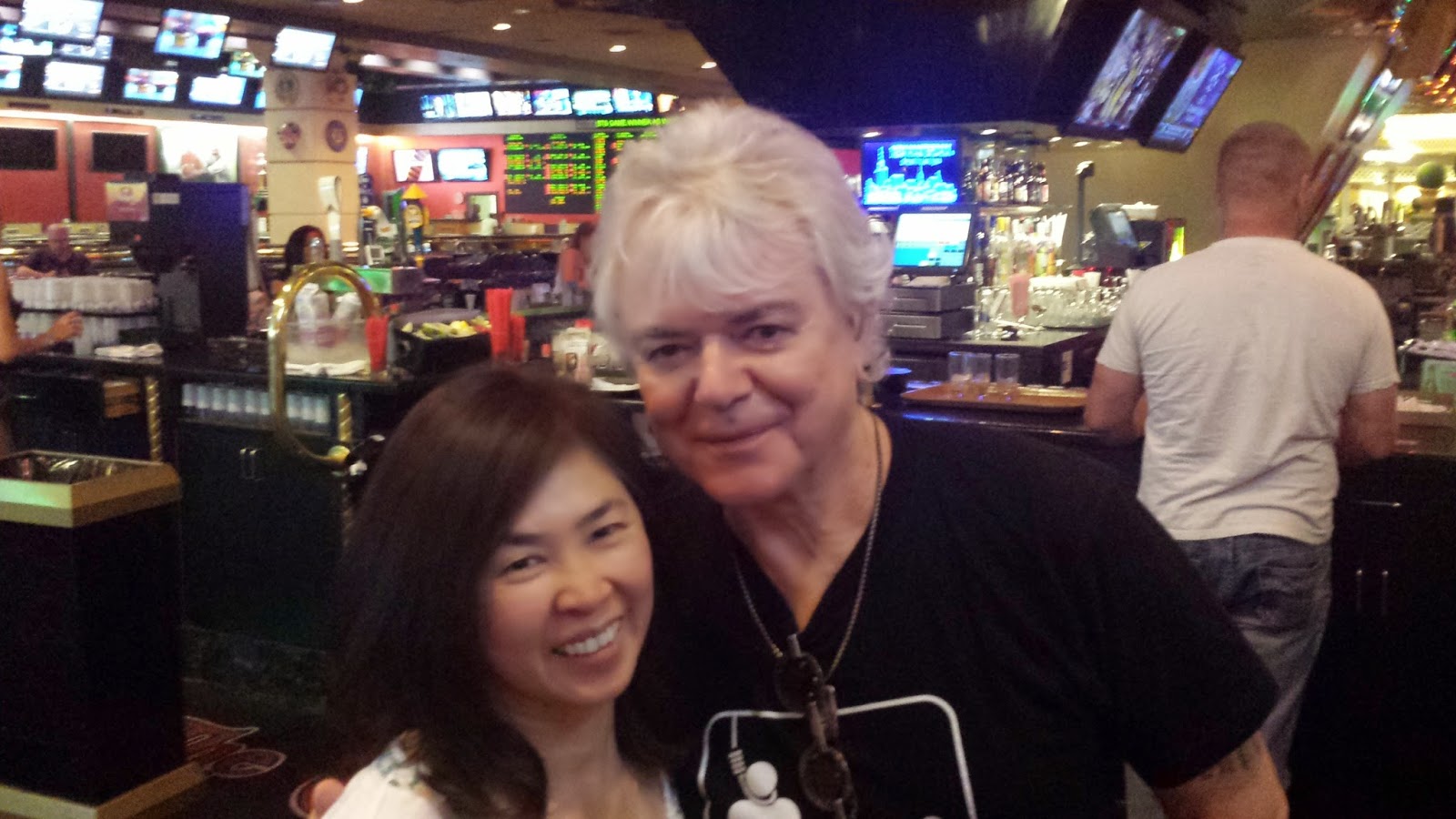 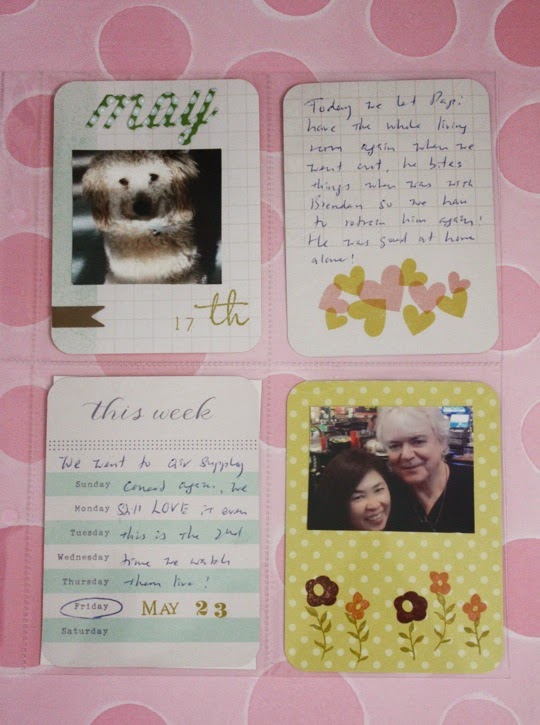 Clare brought her boyfriend home for the first time, we picked the kids up at the airport and went straight to Cher's Concert at Caesars Palace since we were given the tickets earlier and feel bad not to go. 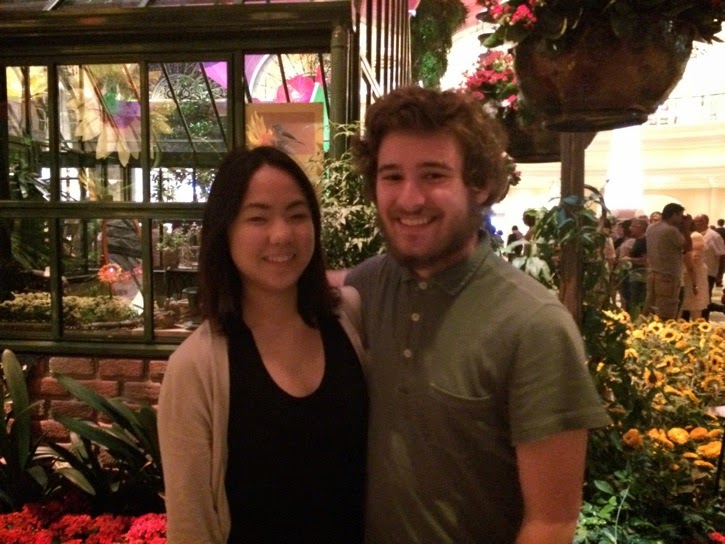 We went to Postrio for my birthday dinner, the kids bought me a Julia's Child Cookbook from Sur La Table. 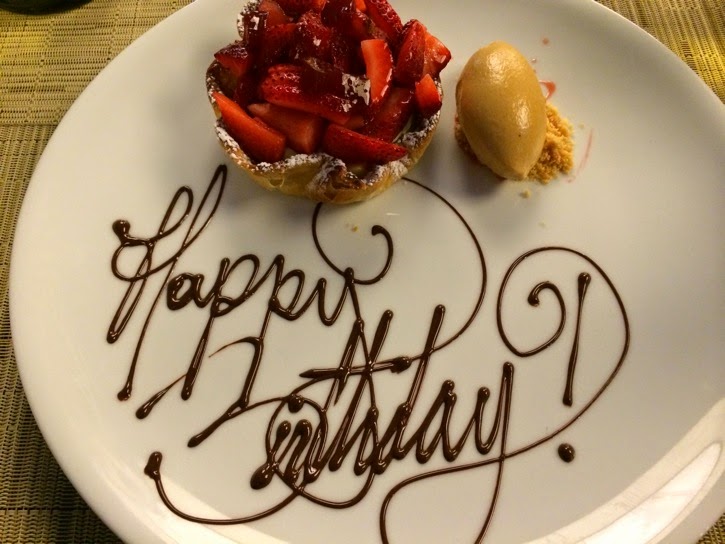 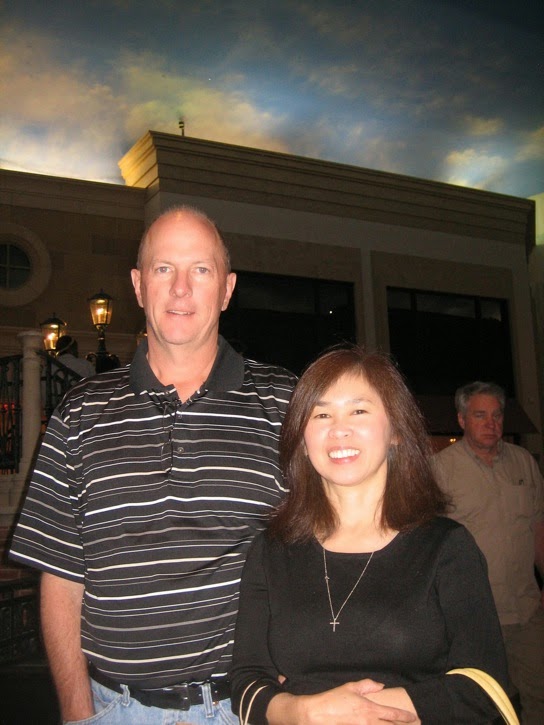 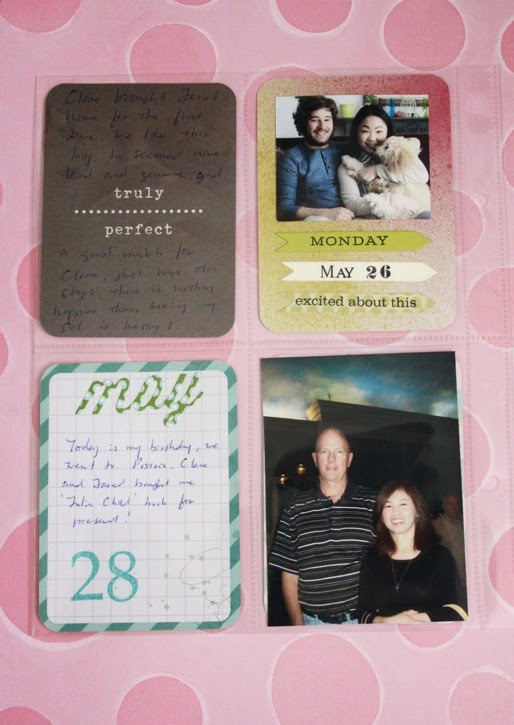 We spent the rest of May with the kids at home, play badminton, shopping and browse the strip since Jared hasn't been to Vegas since he was eight. We also watched Jerry Lewis, which is a total disappointment.

Alright, project life for May is done, and June is on the way.

Air Supply, loved them! Grew up with them :-) How fun! Looks like a fantastic time with your daughter, aren't they wonderful!

What terrific photos ... Lovely pages for May

Thank you so much Kirsty for sharing your wonderful pictures, especially Papi.
luv
irene
xxxx

Didn't know that you got to meet him! That's awesome! LOVING the photos!!!!!

so wonderful pictures to see
elma

Awesome pages, Kirsty! Love the die cut month titles in the fun dotty paper, and love the simple 4-pocket format. So much easier and less overwhelming this way...I think even I could do it...although I still never get organized enough to actually do...:)

So lovely to see a peek into your life. I just love the photo of you and your husband- it's a great candid shot. Nice job preserving these memories.

It may be June Kirsty, but at least you've got a beautiful month to look back upon!
Ira’s Crea Corner

Lovely photos from June, so nice to be able to go back and look at what you did. ~Diane

I saw Air Supply in concert MANY years ago (like about 20 or so lol!) They were wonderful! Love your scrapbook layouts, and your picture of Pappi. Lola loves to sit by the window and "sunbathe" too ;)

I LOVE seeing your Project Life posts! You have so many interesting things to put in your pages!

Loved your May photo's and who doesn't like to sit in dappled sunlight, your Papi is no dummy:O)!
hugs
Glenda

Love all your photos and your record of what is happening in your life. I would love to see Cher live.

Your pages are such treasures, Kirsty! Looks like things went well with meeting the boyfriend for the first time--yah! Such a cute picture of Papi! We'll never leave Fritz free in the house alone, but it will sure be nice when he quits grabbing everything in reach so we don't have to have him constantly in sight or crated!

First I love that first picture, looks so cute in the sun!! Both my pets do that too and sshhh don't tell but so does my hubby, lol.

Love all these pictures and your Project Life pages, SUPER!! Still love your one day pictures, I really want to do one of these for me and or even my bible readings each day.

That dessert looked yummy and what a beautiful written sentiment on the plate, so cool!!

You know I just realized that you share your pictures for PL first then the pages. I actually used to do that and have missed doing it that way. Should do this soon I think, tells the story better doesn't it?!!

Thanks so much for sharing and can't wait to see the June pages!

Lovely photos for your project life for May, wonderful moments to remember :-)
The dessert of your birthday dinner looks so fantastic and yummy!!:-))